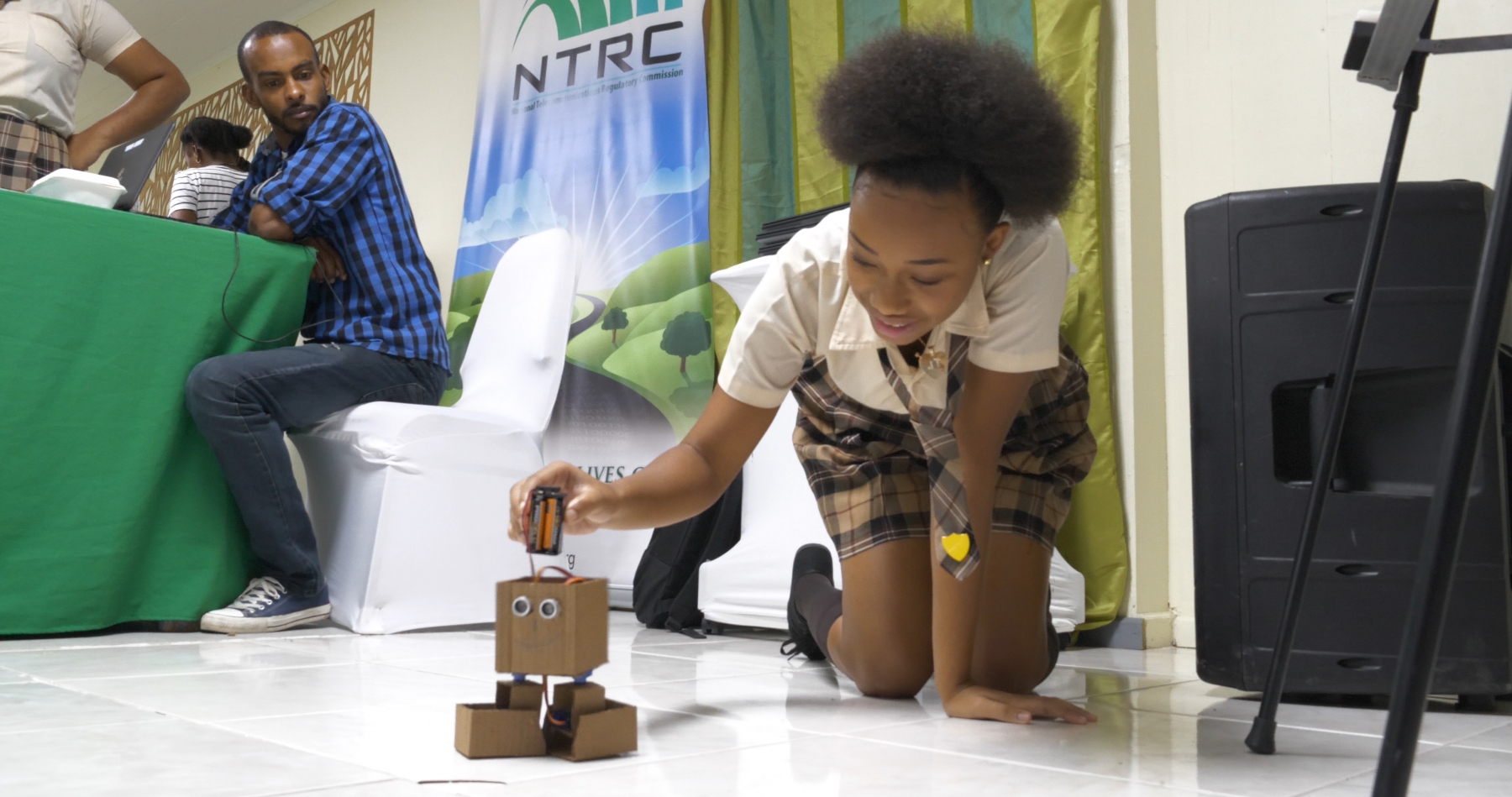 Executive Director of the NTRC, Craig Nesty was very pleased with the level of engagement shown by the girls and the level of support received from all staff, volunteers and the ICT Unit of the MISTT. He also hopes by donating all of the kits to the schools, including microcontrollers, servos and ultrasonic sensors the students will be motivated to continue to learn, explore and build. He also hopes that the NTRC can keep inspiring the youth and help promote a culture of creating and innovating.

Ms. Adeola Bannis lead the students through a sequence of activities designed to give the girls a basic understanding of programming and robotics. The students learned about microcontrollers, basic C++ programming and prototyping. The students then put their new found knowledge to work on constructing a cardboard robot based on the OTTO DIY opensource robot. Each robot comprised 4 servo motors programmed as outputs and one HC-SR04 ultrasonic distance sensor programmed as an input to an Arduino Nano microcontroller.

Ms. Bannis is currently a PHD candidate in Electrical and Computer Engineering, and said she was very happy to see how interested all the girls were. She hopes that some of them will be inspired to pursue careers in robotics & technology in the future.

Former lecturer at the Dominica State College (DSC) Cedric Pemberton noted, “this is one of the best introductory session to programming he has ever been to. Students are programming and not even realizing they are programming”.

This year’s activity was funded by the Universal Service Fund (USF) – a fund enacted under the Telecommunications Act of 2000 and managed by the NTRC.